Profile of a passionate founder

Pierre Vérots (1898-1985), an industrial entrepreneur from Lyon, has developped between the two World Wars precision mechanic tools. Under german occupation, to maintain his factories active, he developped and commercialized a two-stroke engine that could be fitted to bicycles: the VAP engine.Such vehicles were in hig demand at a time when cars were scarce. The production was maintained for many years after the war.

Pierre Vérots was very fond of the social role of his business. Early on, he initiated apprenticeship and implemented formation structures. For that deed, he was awarded academic palms. He later bequeathed one of his factories to the city of Villeurbanne to create a meeting place for old people.

He devoted his later years to a number of social charities, particularly oriented to environmental protection.
Pierre Vérots leaves us the portrait of a man with major moral qualities. 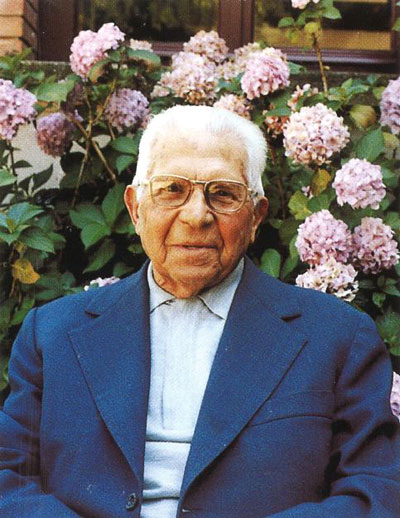 Aims of the Foundation

Fond of nature, Pierre Vérots patiently constituted, bit by bit, the Praillebard domain. This was a long-term endeavour in a region where land is fragmented. The domain was devolved to hunting, another passion of the founder, then, wishing the domain to remain intact and not split through heritage, Pierre Vérots decided to create the foundation that bears his name.

Recognized as a public utility through a decree dated June 13th 1984, the Foundation Pierre Vérots was given by its founder the mission to undertake in France a policy of public information, of management and conservation of animal and plant species from natural environments. It participates to the scientific study of environments and species and contributes through its works to the general effort of French scientific research. Thus its vocation is to create a conservatory that could constitute a reference for the fauna and flora of France, and in particular those of the Dombes region.